I wonder what was on that phone?

Just before Christmas, there can be a rush to get things done and see people. It’s one of those times when Londoners will go to the opposite side of their massive city – which can seem like long-distance travel – to see friends or family. Late on a Friday, travelling from east London all the way back to the south and the opposite side of the Thames, I sat opposite two guys who seemed excited about chatting and about what was on one of their phones.

It took me a while to draw this. Afterall, it was during Christmas, New Year and my birthday.

Watch a video of it being drawn: 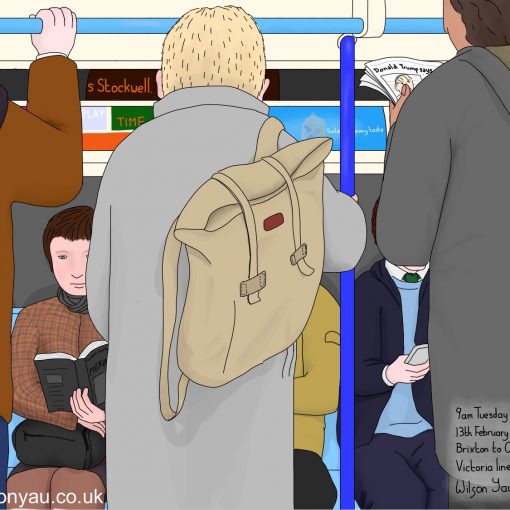 Sometimes, the Tube is crowded… I noticed that the people standing up in the aisle separating the rows of seats, often face […] 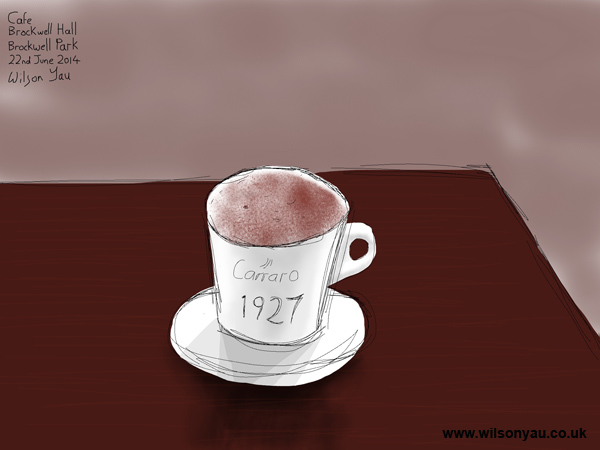 I could make one at home, but to hell with the budget… I drew this rather quickly as I drank my cappuccino. […] 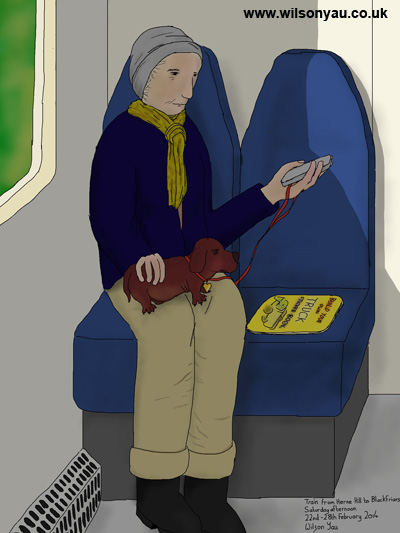 Ever get that feeling that there are pets out there receiving more love than you and leading better lives? This was drawn […] 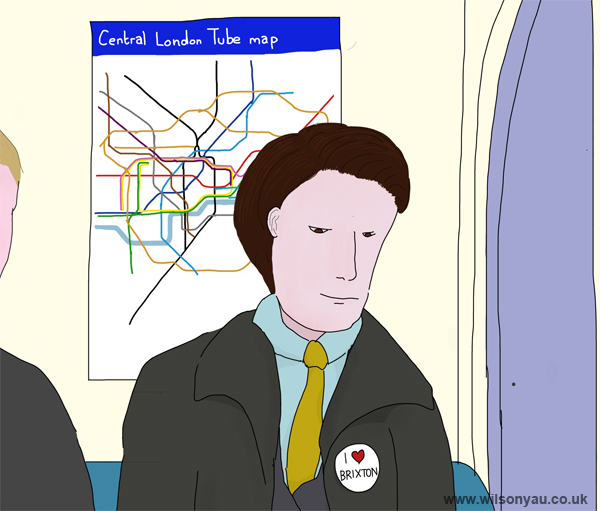