Events in the news have been shocking, but – despite the headlines – life in London carries on. It has to.

This drawing took two months and done almost entirely during my commutes, which was the only time I had to draw due to work and other commitments. The older woman with the roses caught my eye first, then the rest of the drawing followed. It leaves only one question: where are my flowers? I’m publishing this during a rare London heatwave, so thick coats have been shed to reveal lots of flesh! 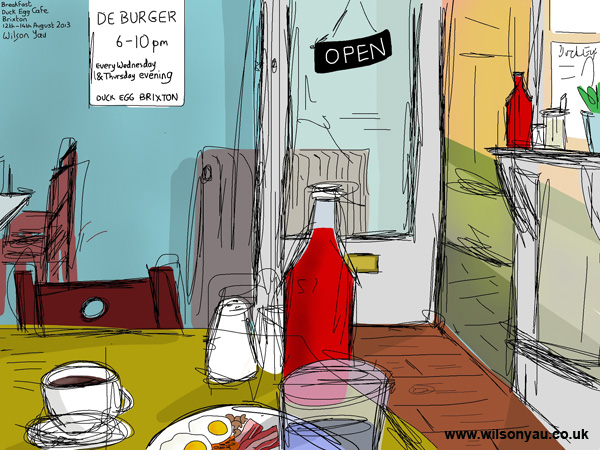 A hangover is a good excuse to eat well. iPhone drawing After a very heavy weekend of drinking, I needed something more […] 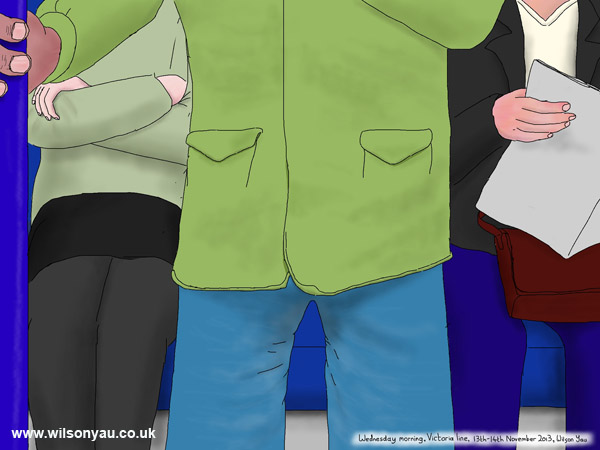 On the Tube, sometimes my view can be blocked by someone’s bum, newspaper or crotch. This claustrophobic scene is an indication of […] 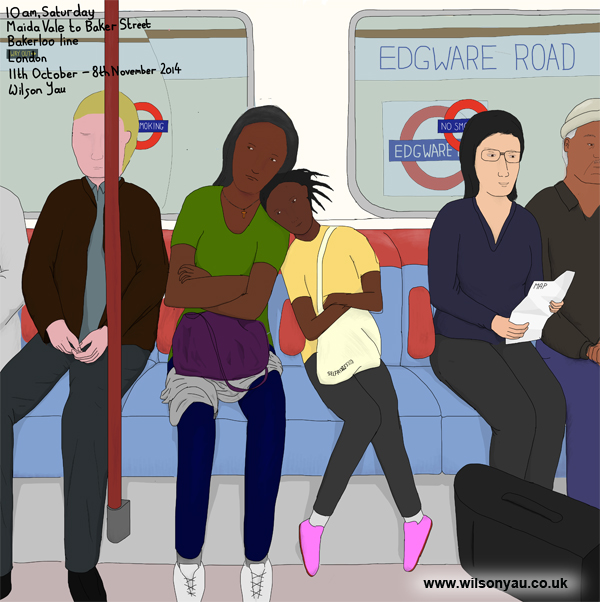 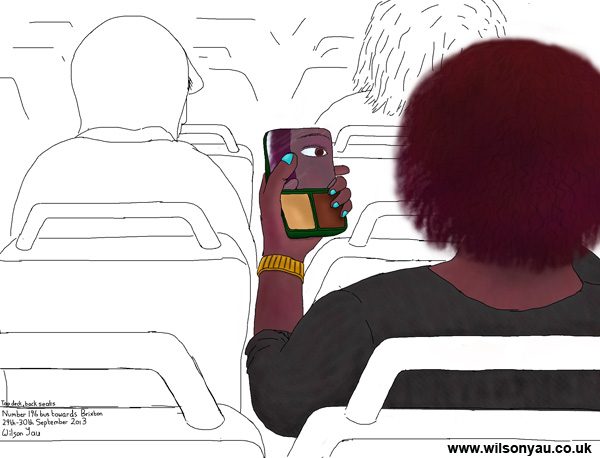 Things to do on a bus: Draw, apply make-up and file one’s nails. Taking the number 196 bus from Herne Hill to […]