This is a view of the side of 42-45 Upper Dean Street, a row of run-down 19th-century terraces which have been Grade II listed since 1982. I drew this view using photographs taken from a neighbouring large street-level car park on Dean Street, a site which since 2011 been a Travelodge hotel and is the first phase of the redevelopment of the whole block. The façades of Nos. 42-45 will be retained, but the outbuildings (two-thirds on the left of this drawing) have already been demolished. This row of buildings are a small fragment of the Bullring area of the 19th century, a part of Birmingham that has undergone several total transformations in its urban geography over the past two hundred years. Through all the changes it has remained a busy part of the city. 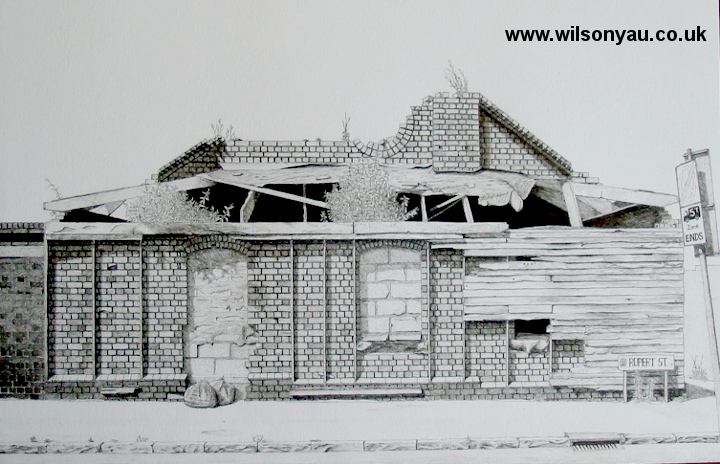 There were several goods stations built in the 19th century to serve Birmingham. Only a few façades (my drawing is of one […] 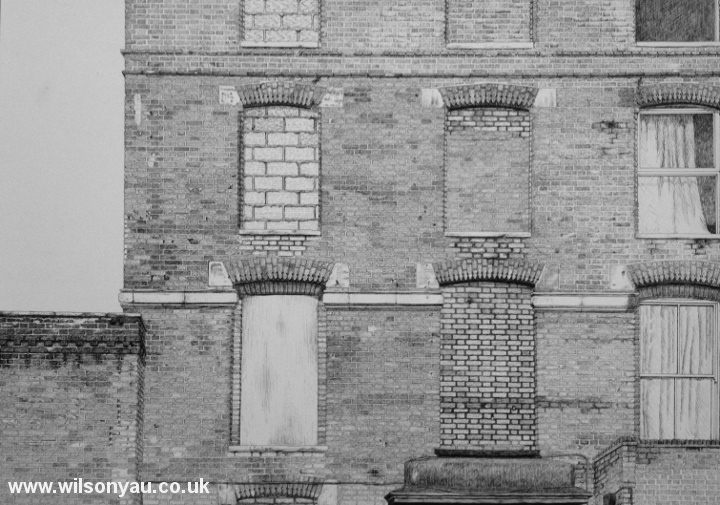