So many things one can do with a digital device.

I wasn’t going to or from work on this Tube journey, for a change, I was heading to a paaaaarty! In this carriage, I spotted people using their smartphones or tablet for many things. Obviously, I was drawing; other people were using the Duolingo app to learn Spanish, someone else was watching episodes of Scrubs on their tablet, others were doing the more typical activity of listening to music.

What really caught my eye were the two people not using any technology, they were doing the old-fashioned thing of talking. The guy on the right was quite animated during the discussion, whilst the man on the left held under his arms a bright yellow package with the names of various parts of London.

A video of the drawing being created: 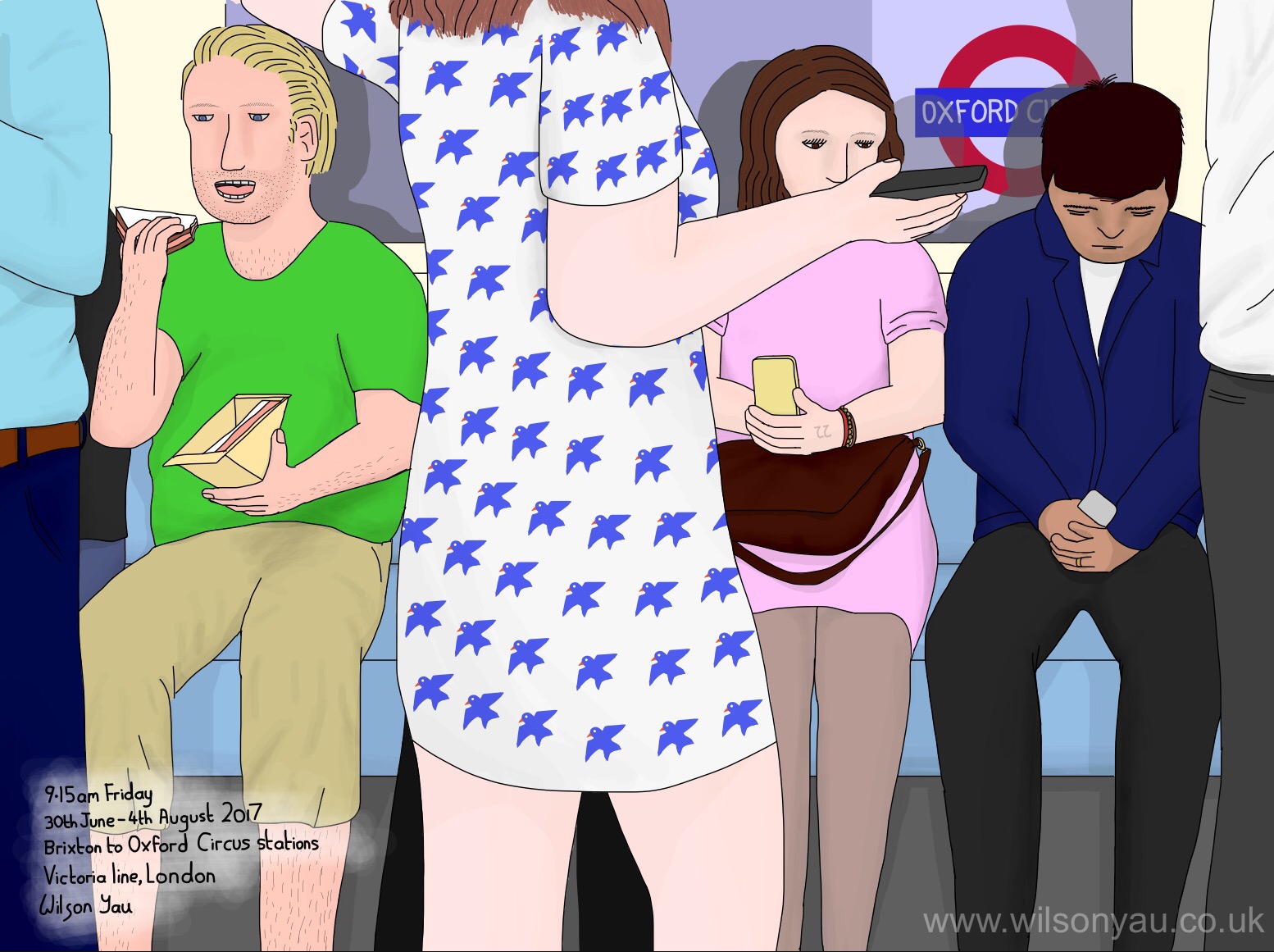 We’ve all done it: sleep, eat, use our phones and, ummm … wear bird print (I definitely have).  With teaching, work and […] 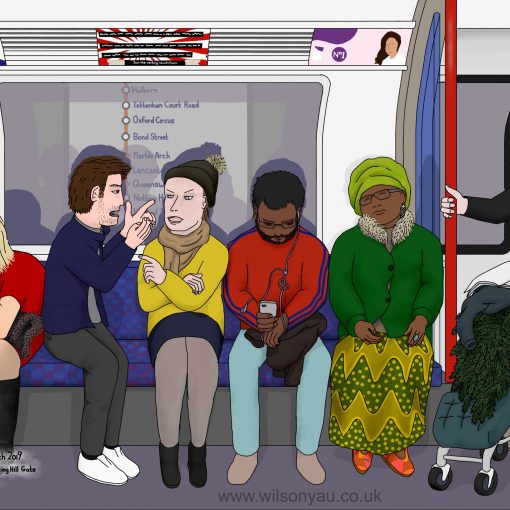 They weren’t always arguing, sometimes they didn’t talk… I only use the Central line occasionally, that time the Tube got me to a […] 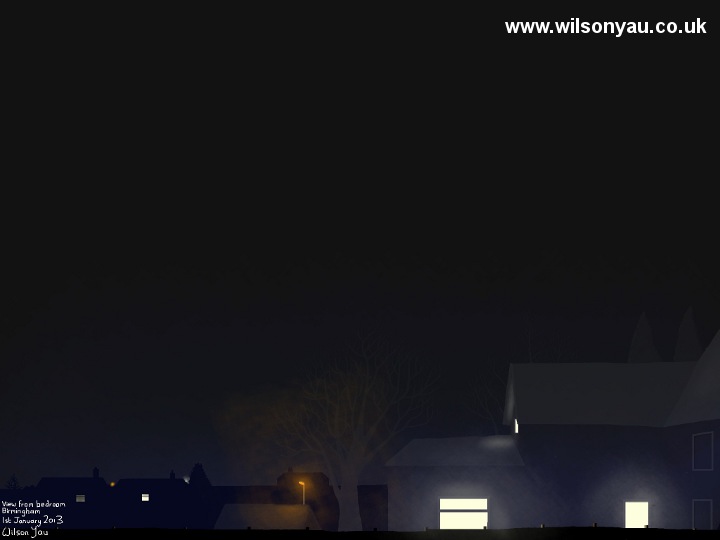 iPad drawings This is the view from my old bedroom at my parents’ house. It’s a fairly typical view of suburbia. A […] 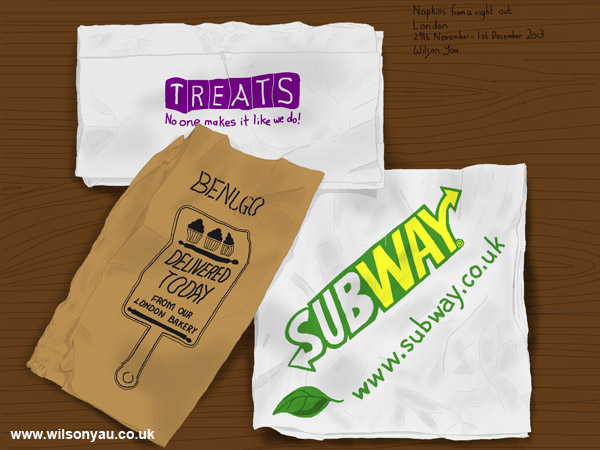 No cash left, nothing but (clean) napkins in my pocket after going out. It was a busy day and the evidence is […]